The city of Yazd, located in one of the most interesting regions of Iran, was once a busy trade junction on the ancient Silk Roads and later a popular stopover on the Hippie Trail. It is now the most tourist-friendly city in Iran with a welcoming oriental atmosphere. Surrounded by the desert with scattered remains of ancient Silk Road inns, the caravanserais, some of which have been converted into splendid guesthouses, Yazd at a glance is one of the most distinctive and easily identifiable cities in Iran. This uniqueness is its most defining characteristic. Historic city centre of Yazd, with houses built of dun-dried bricks (khesht in Persian) of yellow-brown colour with ancient wind towers or wind catchers (badgir in Persian) rising above, was in 2017 inscribed unto the UNESCO World Heritage List. Yazd is also known as the cultural heart of Zoroastrianism, the world’s first monotheistic religion dating to before the 6th century BCE and visiting its holy sites both in Yazd and the surrounding area is a must on any trip to Iran. 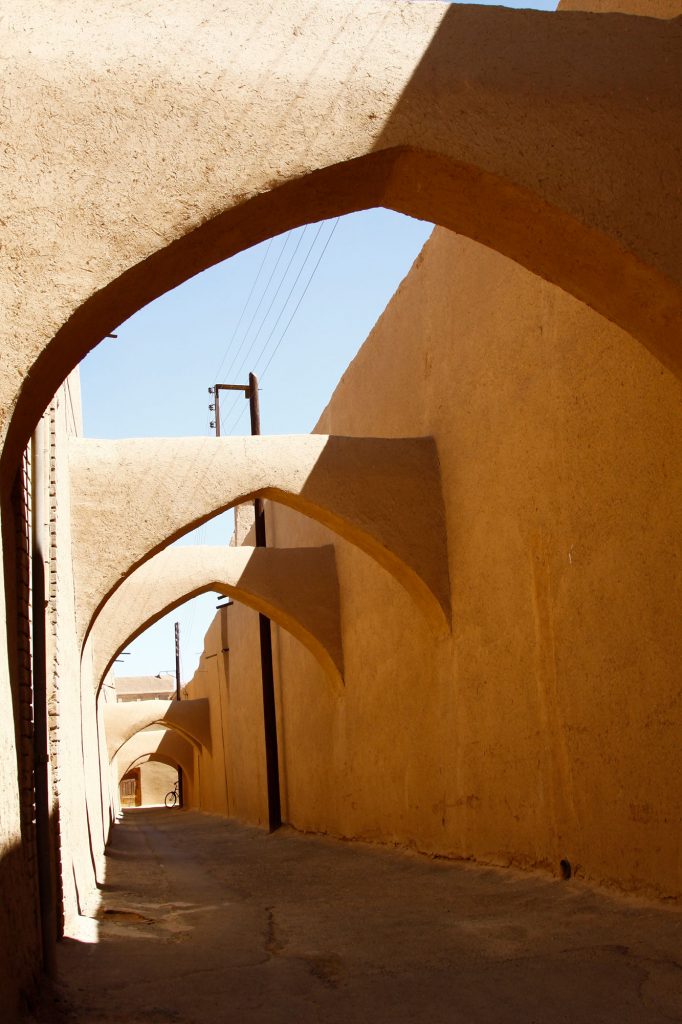 Yazd at a glance